Professional Insurance Agents of NC
An Agents Association for Agents, Run by Agents 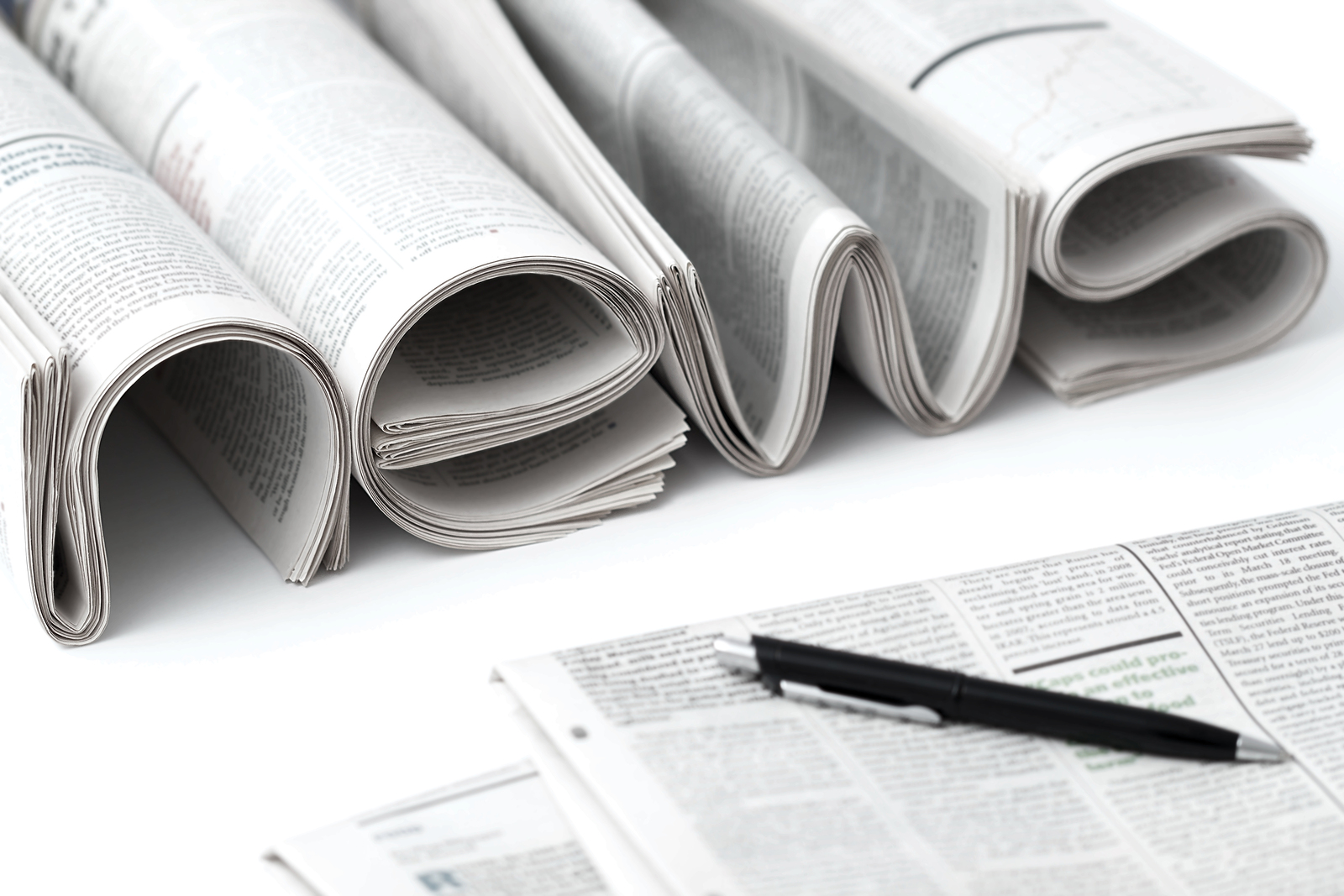 Check out our PIANC e-Newsletters 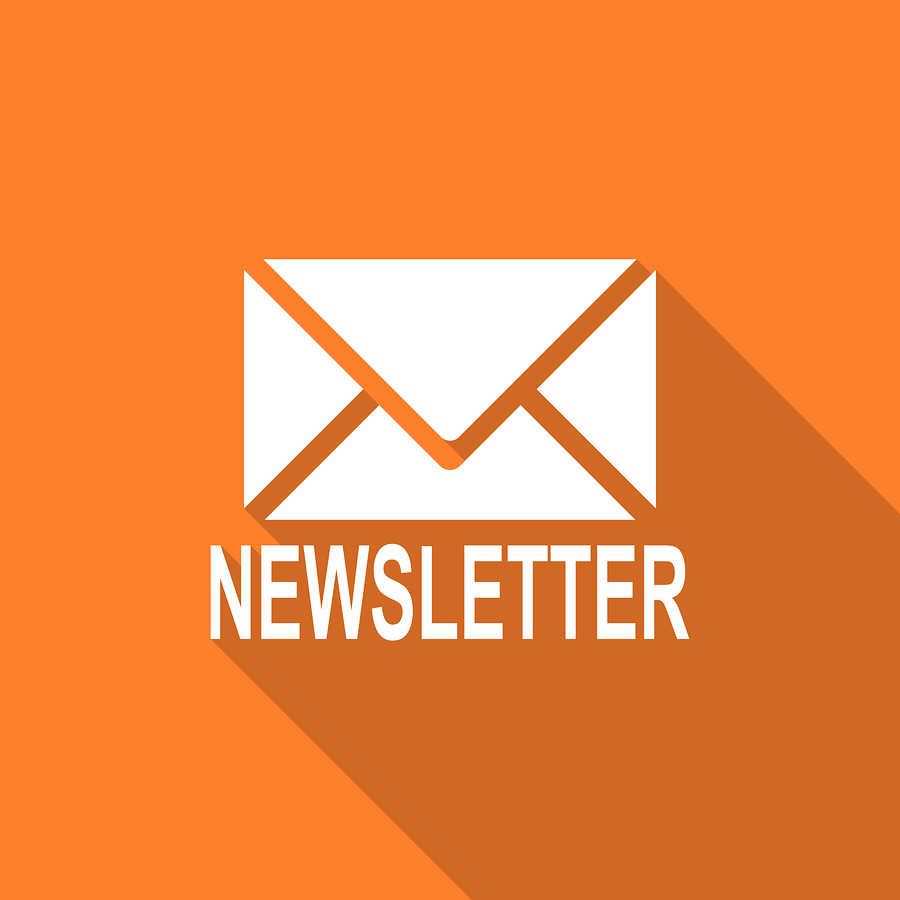 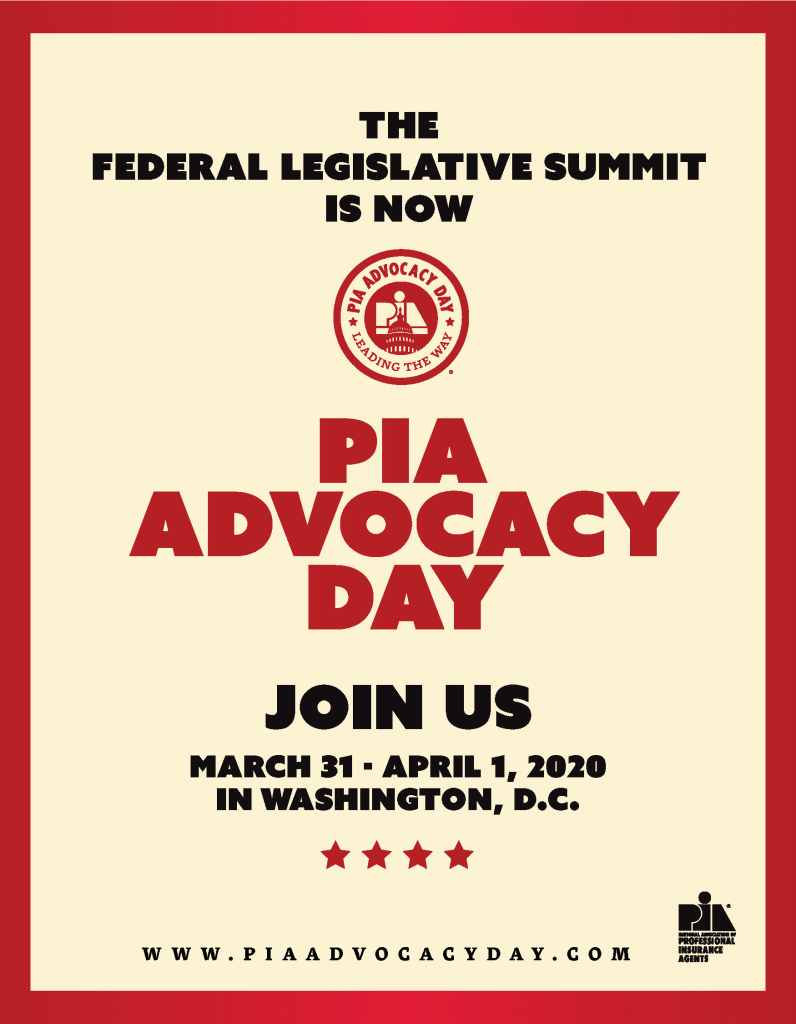 This area is used to post job opening information in our industry.

Before any information can be included on this page it must be submitted for approval.
Please Click Here to email your information to our office.

Workplace injuries can have a debilitating effect on employees and business operations. Establishing a workers’ compensation program that addresses industry-specific needs is vital across all occupations – construction, transportation, healthcare, professional services, retailers, manufacturers, and more. Industry complexities, coupled with federal and state laws, increase the need to work with an experienced and knowledgeable team. As a leader in wholesale workers’ compensation insurance, Agency Resources (AR) provides comprehensive solutions and the industry savvy you need to support the diverse needs of clients. 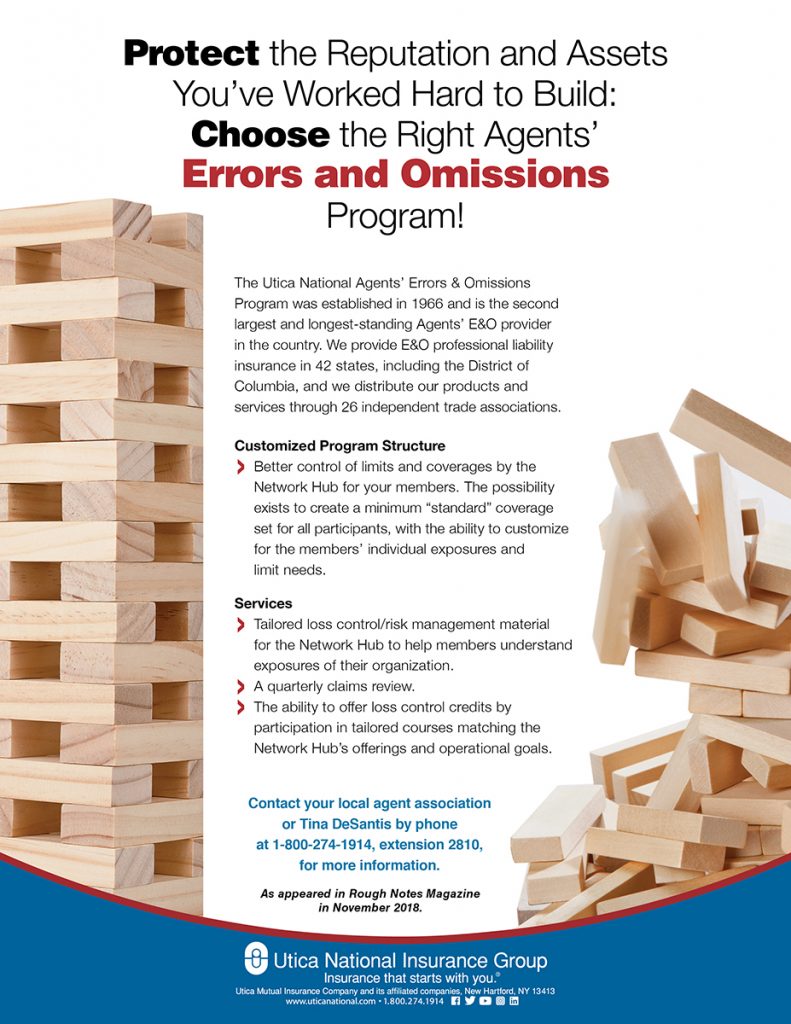 Important Communication for NC Agents from the NC Rate Bureau

New E-Payment Process: What to Expect

Please review this document to learn more about the following:

1. What to Expect: Photo guide of new e-payment process
2. FAQs

In order to prepare for these upcoming changes, agents should complete the following
preparation steps:
1. Contact your premium finance company partners to discuss the new process and
determine how they can accommodate the change
2. Ensure all individuals establish and/or update their ManageAR account with current
contact information

We’re looking forward to the new E-Payment solution and hope you enjoy the simplified
process as well. Please direct any questions to our information center at support@ncrb.org
or 919-582-1056.

MAY 2019 RALEIGH – North Carolina Insurance Commissioner Mike Causey today announced that the MyDOi smartphone app has gone live, providing insurance agents with information they need to know at their fingertips, anywhere they can take their phone and have a data connection.

“I’ve made customer service a top priority as Insurance Commissioner,” Commissioner Causey said. “Now, agents across North Carolina will be able to look up information about continuing education and their own account while on the go by installing our app.

Agents can scan the MyDOi QR code from NCDOI.COM to load the application and access it from their mobile device.

Once agents have the app on their phone, they can interact with the Department of Insurance for vital information. Agents can use the app to:

Although consumers can contact the Department of Insurance and submit a complaint through the current version, plans are underway for the DOI to expand its consumer functions, making it a modern and easy method for engaging with the department.

Below you will also find a list of map information services that the Guilford County Planning and Development Department provides. All inquiries can be directed to Frank Park, the Floodplain Administrator at 336-641-3753.

Guilford County will assist in finding the following information:

If you have any questions or comments please contact Frank Park, Floodplain Administrator at 336-641-3753.

In a major win for PIA National and small-business insurance agencies across the country, final regulations were issued on Friday, January 18, by the U.S. Treasury and the Internal Revenue Service (IRS) saying that, for the most part, insurance agents are permitted to take the 20 percent pass-through deduction provided by the tax law passed at the end of 2017. Specifically, the regulations state that “insurance cannot be considered a financial service” for the purpose of taking the 20 percent pass-through tax deduction.

PIA National lobbied for the passage of the tax bill at the end of 2017 largely because of its improved treatment of S corporations, also known as pass-through corporations. After the bill was signed into law, however, it soon became clear that the law was ambiguous as to the application of the pass-through provision to insurance agents. There was the possibility that the owners of independent insurance agencies who file as S corporations might not be able to take advantage of the deduction created by the law. PIA National immediately sprang into action, meeting with congressional offices to ask that they weigh in with the administration on behalf of agents. PIA National provided comments to Treasury and the IRS encouraging them to issue a regulation that would clarify agents’ opportunity to take advantage of the pass-through provision.

The final regulations state that specified service trades or businesses, including “financial services,” are not permitted to take the deduction. These final regulations state that, in general, “financial services” do not include insurance, and therefore that insurance agents are permitted to take the deduction. This interpretation supports PIA National’s position on this issue.

The timing of the final rule makes it possible for pass-through entities to take advantage of the deduction in their 2018 tax filings.

Keep up to date on fishing info.

How are you handling completion of the app?

The application for new or renewal business is obviously one of the more significant items that an agent deals with. For this reason, it’s also one of the more significant items that can play a key role should a problem develop. As a result, agencies should have various procedures in place to ensure that at the time of a problem, how the app was handled works for the agency, not against it.Here are some essential items to keep in mind to help minimize the potential for a problem developing: Read More…

This article is a Public Service from PIANC for those who have or had or getting ready to repair or build new home in coastal/inland areas along Eastern/Gulf USA or anywhere from Hurricanes, storms etc., bring your coastal/inland home up to FORTIFIED CONSTRUCTION STANDARDS for about 15% more in building costs.

Now that Hurricanes Florence, Michael, Northeasters have wreaked havoc among our coastal/inland properties, how can property owners repair, rebuild or new home built that can probably withstand these storms? It is called: FORTIFIED HOMES!

For more information on Fortified Construction Standards for New and Existing Buildings/Homes from: Insurance Institute For Business & Home Safety, go to: https://disastersafety.org/fortified/ and look how FORTIFIED CONSTRUCTION STANDARDS can improve your coastal property for about 15% more in costs.

WASHINGTON — TheNational Association of Professional Insurance Agents (PIA National) is pleased by legislation to repeal the Federal Insurance Office (FIO), H.R. 1862, which has been reintroduced in the U.S. House by Rep. Alex Mooney (R-WV).

“The FIO has never been necessary,” said PIA National Vice President of Government Relations Jon Gentile. “Advocates of federal insurance regulation succeeded in getting the FIO established as part of the Wall Street Reform and Consumer Protection Act (Dodd-Frank)—but PIA National has never given up on repealing it.”

“Many of the FIO’s duties are examples of federal overreach in the context of our system of state insurance regulation,” Gentile said. “The FIO has consistently sought new ways to expand its mandate beyond the intent of Congress, which put specific limits on its authority.” PIA National was the first national insurance association to call for the repeal of the FIO.

Over the nearly ten years of its existence, the FIO has called for federal regulation of mortgage insurance; for its inclusion in supervisory colleges with state regulators; and for uniform national standards for state guaranty associations. In addition, it now seeks to administer the National Association of Registered Agents and Brokers (NARAB). Each of these actions is an overreach.

Although PIA has supported other efforts to rein in the FIO, such as the Federal Insurance Office Reform Act of 2018 (H.R. 3861) in the 115th Congress, consumers and those concerned about maintaining the successful state insurance regulatory system would be better served by its repeal.

PIA National worked closely with Rep. Mooney on developing his bill. PIA National will continue this effort by vigorously advocating for Rep. Mooney’s legislation at the upcoming PIA Federal Legislative Summit and throughout the 116th Congress.

Founded in 1931, PIA is a national trade association that represents member insurance agents and their employees who sell and service all kinds of insurance, but specialize in coverage of automobiles, homes, and businesses. PIA members are Local Agents Serving Main Street America. PIA’s web address is www.pianet.com.

Did you know that there is an alternative conservative Association for Seniors 50+ and it is called: Association of Mature American Citizens (AMAC)? My wife and I dumped the “other” Association years ago because of being to liberal and we became a members of AMAC and have better benefits. If any Senior 50+ is interested in becoming a AMAC member:

Just an FYI for anyone who is thinking about becoming a AMAC member:
AMACAdvantage Nov/Dec magazine, nice article on: Medicare Supplement Plans: Which is Best for Me?

AmTrust is postitioned to help your agency prosper

Work with our Diamond Action Partner, AmTrust North America. Review the advantages of partnering with the AmTrust team.

Five Smart Reasons to Work With The Hartford for Flood

While some carriers have left the flood insurance market or sold their books of business, we want to assure you that PIA’s national flood partner, The Hartford, is here to stay. The Hartford is one of the largest flood insurance writers in the country, having written flood insurance through FEMA’s National Flood Insurance Program for over three decades.

The Hartford wants to be your go to flood market for both personal lines and commercial lines. Their dedicated flood sales and transfer teams want to earn your business by making it easy to do business and providing exceptional service for both you and your customers.

PIA members that work with The Hartford experience:

If your agency is searching for a top-notch flood insurance program, please consider PIA’s program with The Hartford, now in its fourteenth year. The program is available to PIA members and their policyholders in all 50 states, the District of Columbia and Puerto Rico.

For more information about the PIA/Hartford flood insurance program, please visit www.pianet.com/hartfordfloodinsurance or contact Joseph M. Surowiecki, Jr. of The Hartford at 860-547-5006 or joseph.surowiecki@thehartford.com.

Are you having a difficult time booking trip/cruise/vacation?

Erica Meyer can help you with your travel plans.
Tell her you heard her about her in the PIANC newsletter for a discount.
336-688-9251
esmtravels2@gmail.com

PIANC has a new EO Company that can write your client’s Crop-Hail Coverage.
For Crop-Hail EO applications, please e-mail your contact information to: jim@pianc.net.

Check out some great seafood!